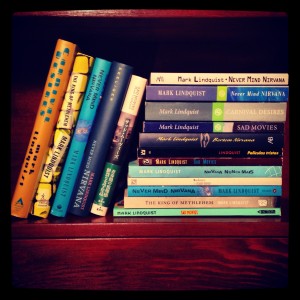 (Carnival Desires, almost 25 years after publication, is now available on Kindle at Amazon.)

His books have been bestsellers and are published in more than ten languages. He is working on a new book and other writing projects, including a compilation of his Zen Lawyer columns.

"Lindquist ... captures the zeitgeist.  He does what no one has done as well before."
- Buffalo News

"Echoes and ties to both Hemingway and Fitzgerald."
- Boston Globe

"All is handled with wit and style by Lindquist."
-Detroit News

"Lindquist ... once again has a view of the zeitgeist."
- Los Angeles Times