On September 21 my iPhone started buzzing with text messages from friends, some of whom I hadn’t heard from in years or even decades. Willie Garson’s death was tweeted by The New York Times as “Breaking News” and it echoed across the country.

“Amazing how much love he’s getting nationally,” one friend texted. “He would be very proud.”

Willie died of pancreatic cancer at 57. Steve Jobs died of the same cancer at about the same age and Willie’s death put me in mind of something Jobs said in a commencement speech.

“Remembering you are going to die is the best way to avoid the trap of thinking you have something to lose. You are already naked. There is no reason not to follow your heart.”

Willie was born and raised in New Jersey. While in high school, he decided to become an actor. He graduated from Wesleyan College with a degree in theatre. From there he went on to act in over 70 movies and appear in hundreds of TV shows. He followed his heart and, despite his penchant for snarky complaints, his pleasure with his chosen path was palpable.

A working actor, according to The New York Times, “is an actor who while never achieving stardom, has a long and productive career and earns a better than decent living and has the admiration of his peers.” Working actor is how the Times described Willie in his obit. I agree.

Willie was also, according to the Times, “a world-class poker player.” I disagree. Willie and I played in the same poker group every Monday night for several years. He was pretty good. He was bold, and fortune favors the bold, but his bluffs could be easy to read and his calls often crazy. He loved the game though and religiously showed up.

On Nov 13, I attended Willie’s memorial service in Los Angeles. Willie basically directed the production from his deathbed so it was more like a variety show than a service. There were numerous speakers and performers and over 500 guests, more than the rows of white chairs could handle. Willie was smart enough to set his service in a space that was slightly too small and therefore it overflowed.

Also, it was outdoors so the celebrities, semi-celebrities, and other familiar faces could buzz about without masks.

In his parade through life, Willie charmed a large variety of people. “We’re all Willie’s friends,” as one speaker said, trying to tie together the diverse demographics.

Many surreal moments arose as friends of Willie reunited. Harry Dunn couldn’t make it, but his daughter Flannery did. Flannery’s poker-playing father was the namesake inspiration for the character Harry Dunne in Dumb and Dumber, which was written and directed by Peter Farrelly, another poker group regular. Also present from our group was John Philbin, former actor and USC classmate of mine, now a surf instructor for, among others, Jay McInerney, the author of Bright Lights, Big City, our nightlife bible of the 80s.

All of us experienced plot twists through the years, but here we were now in the same place. Willie’s friends.

At poker and when we were out clubbing, Willie would find a way to remind us Marisa Tomei was a close personal friend. “She’s very cool,” he would say. He also claimed Elvis Costello was a very good friend, which was one of his most ridiculous declarations. We often doubted Willie’s alleged celebrity connections. When Marisa spoke at his service, however, I gave silent kudos to Willie. She obviously adored him.

Speakers lauded Willie’s joie de vivre and affectionately made sport of his foibles. For example, there was his constant complaining, his world-class name-dropping, his comical allegiance to whatever friend was most hot in the industry.

Swingers was one of Willie’s favorite movies, or at least one of his favorites to quote. In a way, he was the Trent of our group, both insulting and inspiring his friends. “You’re so money and you don’t even know it.”

Last time I saw WIllie in person was on my King of Methlehem book tour and he was still quoting Swingers, though that may have been strictly for my amusement. He knew his audience. Time has come for me to confess I stole lines from Willie for Carnival Desires.

Ajay Sahgal, who hosted our poker game, spoke at the service. He told a not-family-friendly story about how he met Willie through me, which illustrated both Willie’s friendliness and brashness. “To Willie, what was the point of your life if you didn’t at least try to stand out,” Ajay said. “Willie stood out.”

In this, I was once again put in mind of something Steve Jobs said. “We’re here to put a dent in the universe. Otherwise why else even be here?”

Willie was ambitious and tireless, always hustling as several speakers observed. Sammy Davis Jr., “Mr. Entertainment,” was a role model of sorts. About 12 years ago, however, Willie paused. He adopted a son.

“As a narcissist actor, and I was the definition, I immediately became responsible for taking care of someone else,” Willie said in an interview. “It is such an important job and makes you grow in so many different ways.” He became an advocate for the adoption organization, You Gotta Believe.

Toward the end of the memorial, which ran longer than a Quentin Tarantino movie, Elvis Costello stepped up on stage. Willie’s very good friend Elvis spoke a bit and then sang the Sammy Davis Jr. classic “What Kind of Fool Am I,” a song about missing out on love, a favorite of Willie’s.

Willie made a point of not missing out on anything. He stood out, he dented the universe, he loved and, perhaps more than anyone else I’ve ever known, he made friends. 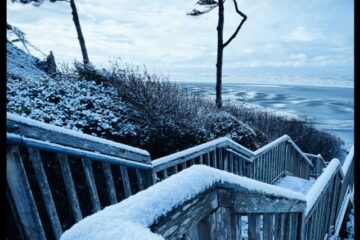 Happy New Year “You can always begin again.” Both Buddha and Bono said this so it must be true. For the Lindquist family, it’s been a year of new beginnings, interesting firsts, and good stories. Read more… 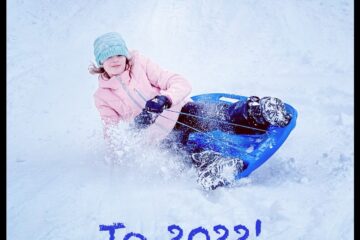 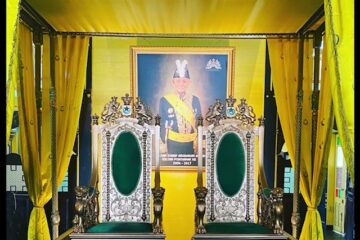 Indonesia continues to intrigue. On this trip, our band went up river all the way to Borneo. We represent 17 victim families from the crash of Sriwijaya Air Flight SJ 182 outside of Jakarta. There Read more…