Chelsea and I went fully digital with our New Year card this year. If you missed it, lament not, it’s still online.

We appreciate all of you who stay in contact with us through the email list, thank you.

In case you don’t recognize the giant Adirondack chair in the picture, it’s a Seabrook landmark. One of the things you’ll find in our new year update is a link to the Instagram for our new Seabrook beach place.

The setting is almost too perfect, like The Truman Show, and yet it works.

Steve Jobs on Trust and Destiny

You will also find a Steve Jobs quote, which I’ll repeat here. As my friends know, I love starting a new year. I always try to find the right quote to kick the year into gear. in 2019, I went with Brad Paisley. For 2020, Steve Jobs.

“You can’t connect the dots looking forward; you can only connect them looking backward. So you have to trust that the dots will somehow connect in your future. You have to trust in something — your gut, destiny, life and karma, whatever. This approach has never let me down, and it has made all the difference in my life.”

I’m writing this on an airplane on my way back to Seattle from Chicago where the temperature was in the teens. I was hoping for snow, but only saw a few minor flurries. We have been mediating our Lion Air crash cases with Boeing in a series of sessions at the offices of Perkins Coie.

Boeing moved their headquarters from Seattle to Chicago in 2001 and many say this was when the cultural problems began at Boeing. Seattleites in particular say this. One of my hopes in this case is that safety and solid engineering return to their proper place as guiding values for the world’s largest aircraft manufacturer.

The flight from Seattle to Chicago is about four hours, or about 20 less hours than Seattle to Jakarta. Chicago is also a different world than the Northwest, but less different, of course, than Jakarta and other places I’ve visited in Indonesia. I’m looking forward to meeting more people and visiting more places in 2020.

“The world is a book and those who do not travel read only one page,” said Saint Augustine.

I am soon traveling again to Jakarta to see our clients. We represent 46 victim families in the Lion Air crash. I have grown to love the people, city, and culture.

People often ask me if working on these cases has made me wary of flying? No. But I do check what sort of aircraft I’m boarding. Tonight it’s a Boeing 737-800. This is part of a fleet of aircraft generally referred to as 737NG, or Next Generation. They have a good safety record.

The main culprit in the two crashes of the Boeing 737 Max 8 aircraft was a computer system unique to the Max. If you want to see a flock of grounded 737 Max planes, check my Facebook page.

At HLG we handle personal injury cases of all kinds. Please let me know if we can help with anything.

The Art of Not Giving a Fu*k

Meanwhile, somewhere over the midwest, I’m reading Mark Manson‘s book, The Subtle Art of Not Giving a F*ck, which is actually about giving a fu*k about things that matter and only things that matter. In this, Manson is reminiscent of Marcus Aurelius who said, “You’re better off not giving the small things more time than they deserve. Forget everything else. Keep hold of this alone and remember it. Each of us lives only now, this brief instant.”

Manson is also reminiscent of Stoic scholar and marketing maven Ryan Holiday, though Manson is a less sober version of Holiday. I mean sober in the figurative sense, but it might be true in the literal sense as well, judging from Manson’s personal stories.

Saddled with an unfortunate last name, Manson tells his readers things we may not want to hear, such as, “you are not special,” and “happiness is a problem,” the most meaningful moments in our lives involve “pain and struggle, ” and “it’s all right to die.”

I find his book as entertaining as it is edifying. If you like profanity with your philosophy and humor with your self-help, Manson is your guy.

Speaking of things to not give a fu*k about, I’ve been too busy of late for politics, but I did pen a brief blog entry about statecraft, the lost art of politics, on my lawyer website.

The Trick is Not Minding

And speaking of Charles Manson, Quentin Tarantino’s Once Upon a Time in Hollywood , which loosely re-imagines the Manson murders, picked up 10 Oscar nominations, including, of course, Best Director. Though Academy Awards are not what they used to be — nine films are nominated for Best Picture — the world still watches. The question is will Tarantino finally win Best Director?

Lawrence of Arabia is available on my flight. I love the movie. In one of my favorite scenes, Peter O’Toole lights a match and lets it burns to his fingertips. A colleague, thinking it’s a parlor trick, does the same, but it’s painful and he quickly drops the match.

“That damn well hurts,” he says.

“Well, what’s the trick then?”

“The trick, William Potter, is not minding that it hurts.”

I need to add that scene to one of my Zen Lawyer stories.

Much as I love the movie, Lawrence of Arabia is not fit for viewing on a small screen. Once Upon a Time in Hollywood, on the other hand, is better on a big screen, but still enjoyable on an Apple laptop.

An interviewer called Never Mind Nirvana, my third published novel, “an airport book.” I took this as a high compliment. To me, an airport book is one you can read in a single sitting.

I would say the same about Manson’s book. It’s an awesome airport book. 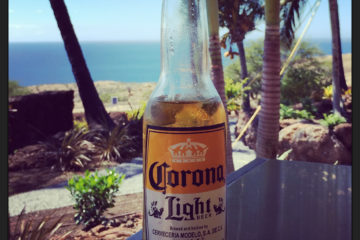 News reports allege 38% of Americans blame Corona beer for the coronavirus. Maybe it’s fake news, maybe it’s true. Either way, I’m back in the U.S. after working in Jakarta and visiting Tokyo and it’s Read more… 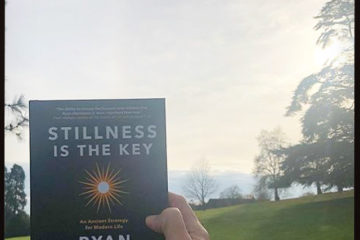 Happy Thanksgiving. Christmas is coming. ‘Tis the season for gratitude and books. Books are, of course, the best gifts. While a bottle of single malt Islay Scotch is nothing to scoff at, liquor is still Read more… 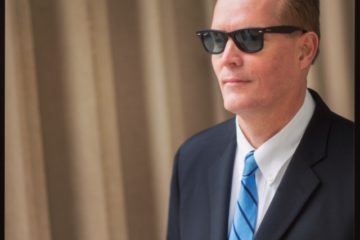 We filed the first vaping lawsuit in Washington State last month. Our action was covered by Q13 and several other news outlets. As I told Dori Monson, marijuana has became as mainstream as beer and Read more…